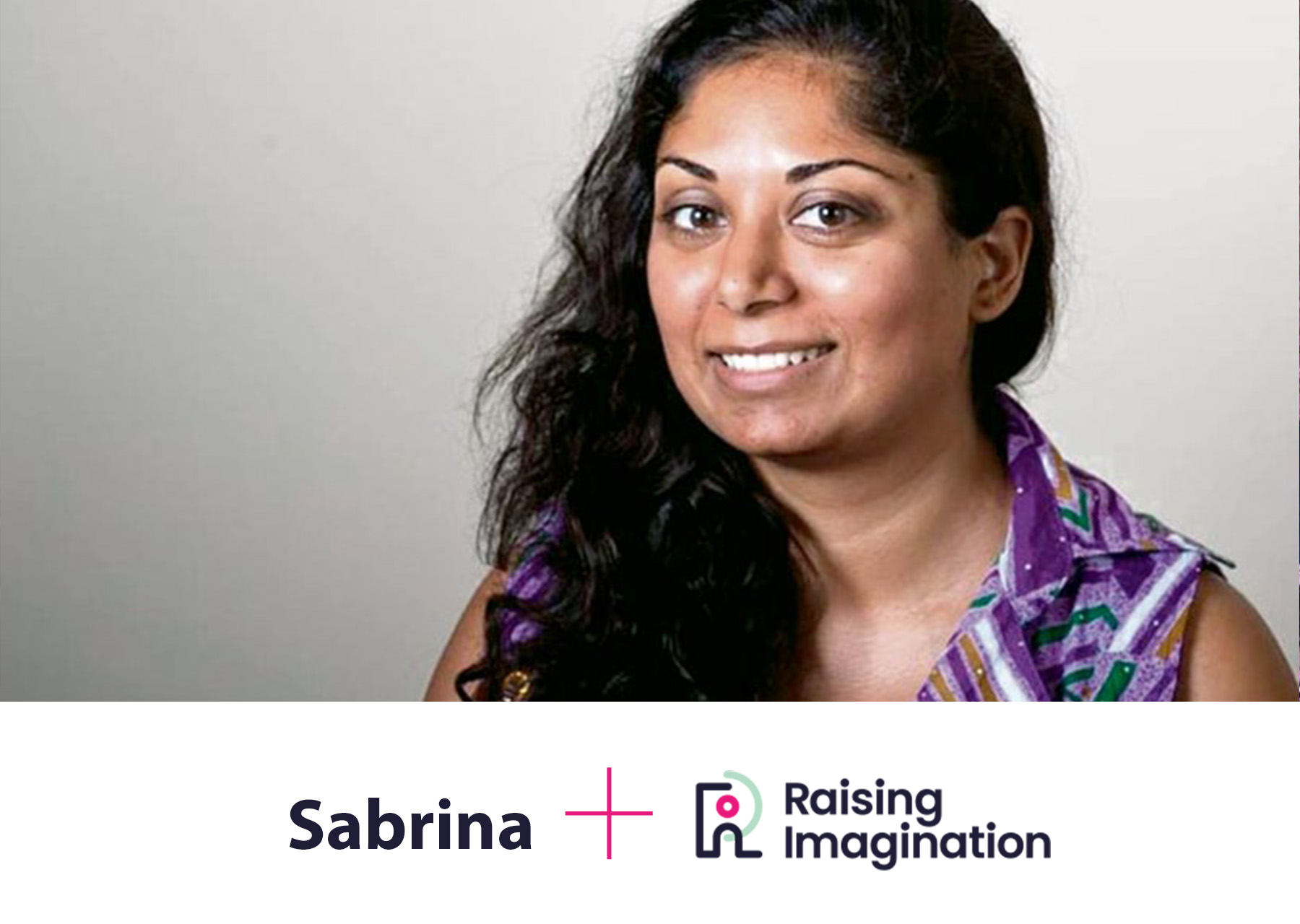 By Raising ImaginationOctober 11, 2018Articles
No Comments

In celebration of International Day of the Girl, I’m thrilled to introduce you to Sabrina Mahtani, a lawyer from Zambia and the UK who has dedicated her life to human rights, specifically the rights of women in the criminal justice system in Africa.  I’ve admired Sabrina for several years, ever since my sister Logan worked alongside her championing AdvocAid Sierra Leone. Read her full bio here.

Sabrina, thank you for taking time out of your busy schedule (currently the OPIA / HRP Wasserstein Fellow for Harvard Law) to talk with us at Raising Imagination! You help us imagine more for humanity and we are grateful.

RI: Tell us about some of the work you’ve done that centers and elevates the rights of girls and women.

Sabrina Mahtani:  I co-founded AdvocAid Sierra Leone in 2006 with some great female friends (including your sister!).  AdvocAid provides access

to justice, education and empowerment for women and girls in Sierra Leone and in particular focuses on groups that society often forgets, such as women in prison or sex workers. AdvocAid was created by an idea of women coming together to help other women and girls in solidarity. 12 years later we now work in 8 towns across Sierra Leone, have provided legal aid to over 4000 women and girls and freed 4 women who were on death row.

I currently work with Amnesty International, covering the West Africa region. Advancing the rights of women and girls is key to our work. One project I am particularly passionate about is our work on the rights of pregnant girls in Sierra Leone who were banned from attending mainstream school and exams in 2015. Pregnant girls across Africa face much discrimination and stigma. Many of them became pregnant due to exploitation, abuse or lack of information or access to sexual and reproductive health information. I hope the new government will lift this ban and so more to support these girls.

RI: That’s quite a resume! Why did you become involved in women’s rights?

SM: I grew up in Zambia and from an early age recognized that I lived a life of privilege compared to many other children in my country and so wanted to do something to “make the world better” but did not know what. When I was 17, my father was imprisoned for treason but later released after access to a good lawyer. I believe that access to justice is a fundamental right for all people and so decided to become a human rights lawyer.

RI: What role, if any, does imagination play in your philanthropic efforts?

SM: Imagination is essential! Our image of a fairer and more gender-sensitive justice system is what spurs our work. We imagine a world where women and girls are empowered and not marginalized. 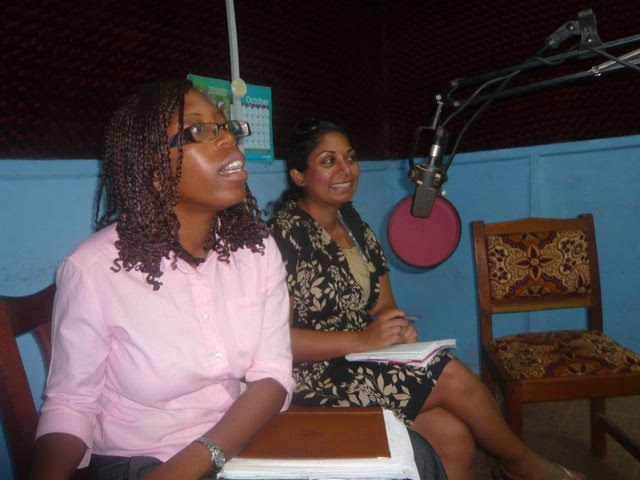 We also strive to be creative in our work and advocacy and have used photo stories, art therapy classes and film to amplify the voices of the women and girls we work with and their calls for change. We created the first ever legal education TV series in Sierra Leone and also the first music video filmed in a women’s prison.
RI: What is hard (for women and girls you’ve encountered in your work), to imagine?
SM: Many of the women and girls we work with at AdvocAid have suffered multiple layers of discrimination and abuse. They find it hard to imagine that they deserve rights and to believe in themselves. We work with them (through education classes, support groups or in other ways) to help them feel empowered and to have dignity. Many people think being a “prisoner” is the worst thing but anyone one of us could end up in prison, especially if we were not born into fortunate homes. Most women in prison are poor and poverty is a driving factor behind women’s imprisonment.
RI: Imagination plus what can change the world?
SM: Imagination plus solidarity! I’ve seen the power of women coming together (from all backgrounds and including 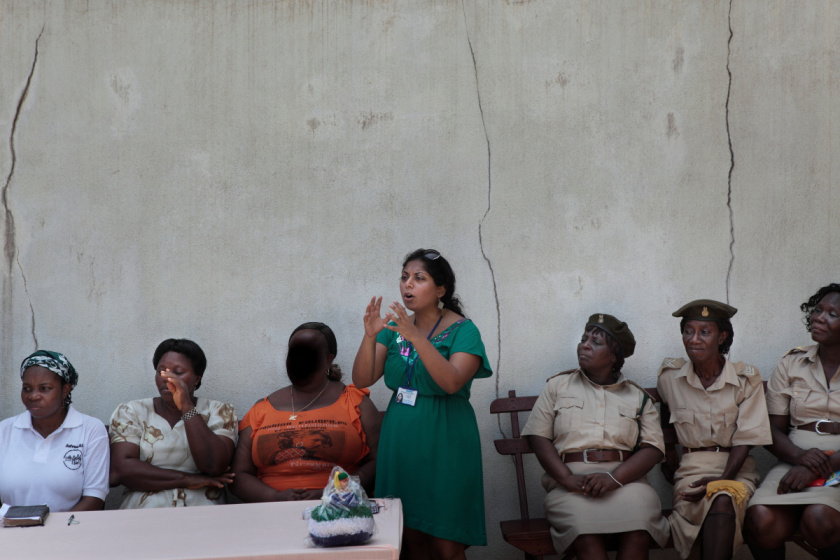 women and girls impacted by the criminal justice system) to fight for a common cause. We need that solidarity so much today when people are turning inwards as countries like the UK and US are facing so many challenges. A message of support, signing a petition, making a donation, a prayer/ meditation … all that solidarity is needed for women across the world – especially women in prison.
RI: What are some of your biggest dreams for humanity?

SM: I dream that access to justice will be available to all, no matter their background or income. 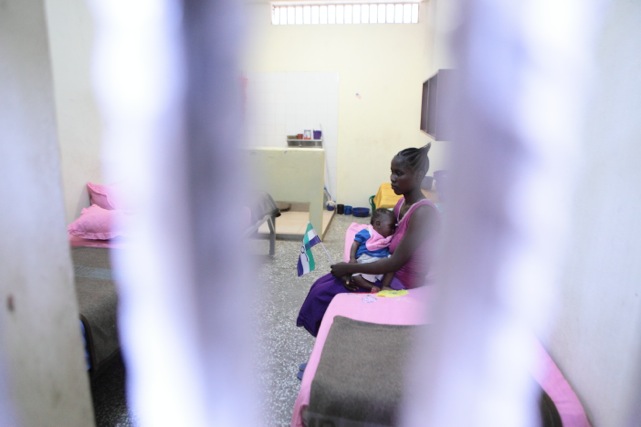 I dream we will have more women lawyers working to support (and with) marginalized women.

RI: How can we support your efforts?
SM: We would love more support! Please consider donating to AdvocAid or volunteering! Just $15 will enable us to supply food and clothes for 2 weeks for a baby imprisoned with its mother.
Sabrina, thank you for using your life circumstances to work for equality – in some of the direst places in the world – prison cells and courtrooms.  If you’re inspired, like I am, consider making a donation on this day of the girl to AdvocAid! 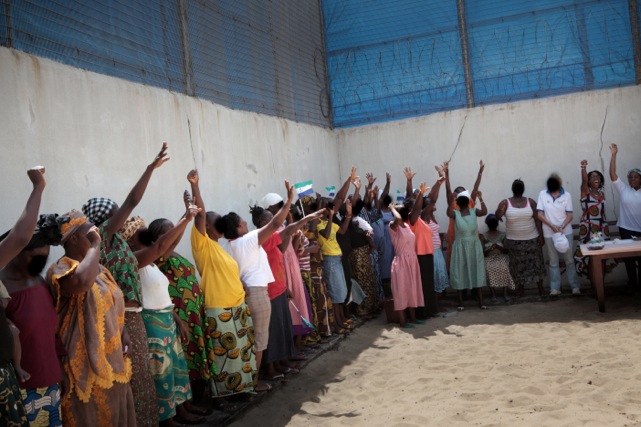