I first noticed Zakiyah Ansari as a prominent member of the Resistance Revival Chorus, a collective of more than 60 women who come together to sing protest songs in the spirit of collective joy and resistance. 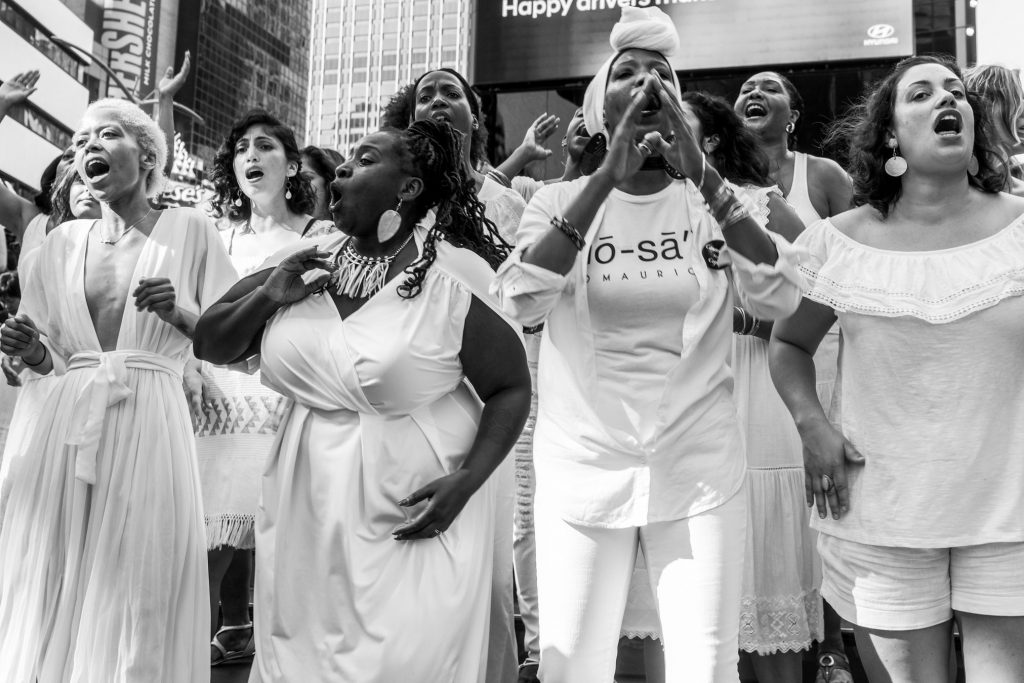 Her tall frame, enticing smile, contagious commitment to activism and ability to somehow be the selfie arm for every group picture caught my attention.

Last December, in a demonstration put on by the Women’s March and United We Dream, I stood beside Zakiyah in Columbus Circle as we performed a creative event to urge Congress to pass a Clean Dream Act. I heard someone say in passing that in addition to being an activist and an outspoken advocate for public education, she is a mother of eight.  EIGHT!

I had the pleasure of officially meeting Zakiyah in February at an organizing meeting for the Poor People’s Campaign and enjoyed learning more about the Alliance for Quality Education, an NYS based nonprofit of which she serves as the Advocacy Director.  AQE is the leading statewide organization working to fight for educational equity.  AQE believes that education justice is racial justice and that “systemic educational racism has shortchanged entire school districts serving Black, Brown and immigrant students in addition to poor rural students, resulting in the underfunding of high needs schools for students of all races.”

She is described as the “loudest voice on Bill de Blasio’s transition team,” has graduated eight children from New York City public schools, and lives in the East Flatbush borough of Brooklyn.  Zakiyah began her advocacy after volunteering for years on PTA’s and parent organizations, including being an organizer for New Yorkers for Great Public Schools Coalition, which sought to shape the debate for the 2013 Mayoral Debate. (NYU Steinhardt) 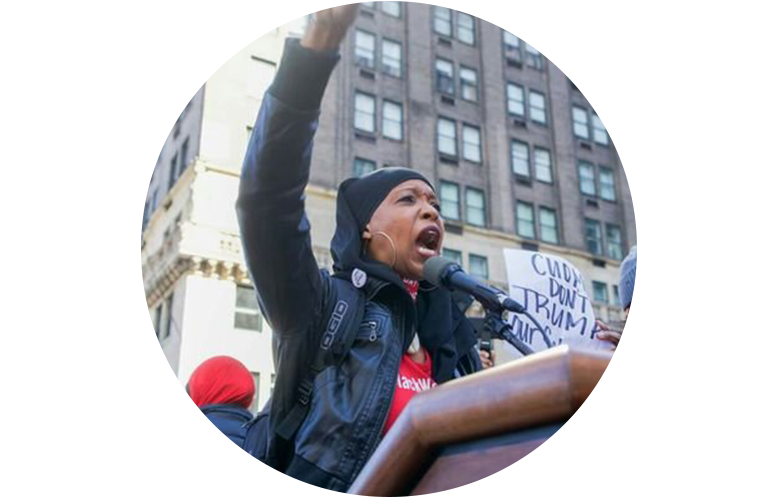 Zakiyah describes herself as passionate, humble and committed.  Follow her on Twitter or Instagram and your bar for passion and commitment will notch higher.  One of my favorite things about Zakiyah is that she tries to play basketball early in the morning before heading off to meetings, conferences, facilitating parent conversations, or traveling to meet with parents all over the country.

Keep hooping, Zakiyah! You’re an inspiration to us all and I am proud to feature you as part of our Tuesday Series: People Who Help Us Imagine a Better World.

RA:  What is one thing you’ve done in your life that significantly impacted the person you’ve become?

ZA: Raising eight children!  They remind me every day of what Black and brown children are capable of when they are given the opportunity. I want every child to be given the chance to thrive and be. 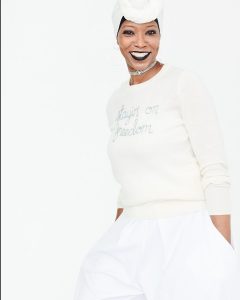 RA:  What role does imagination play in your career?

ZA:  Imagination plays a vital role in the strategy and planning that we do on a daily basis as we demand educational justice. It allows you to have a larger vision that is not hindered by barriers.

RA:  When is imagination dangerous?

ZA:  When it isn’t connected to strategy.

RA:  Imagination paired with what will lead to societal change?

ZA:  The imagination/vision of those most impacted by the oppressive policy paired with a strategy of how to get your demands met will lead to societal change.

RA:  What do you wish those on opposite ends of political/religious/ideological spectrums would imagine together?

ZA:  What the world would look like for children if we centered a real, honest conversation about the history of institutional and systemic racism coupled with classism? 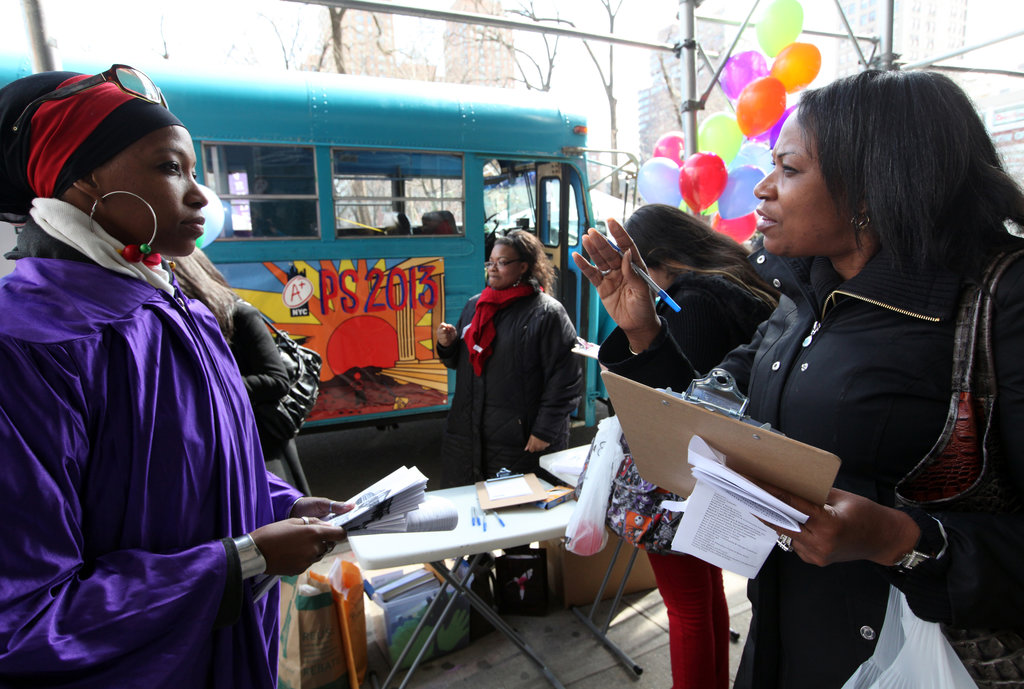 RA:  How can we best engage young children in advocacy and activism?

ZA:  There are thousands of young people organizing and advocating for the end of oppressive school policies…#CounselorsNotCops-removing police out of schools. Restorative Justice programs being used to discipline in place of the disparities we see in suspensions and so much more.

Just ask young people what they want to change they will tell you.

RA:  What propels your imagination?

ZA:  Every time we have successes in the work no matter how small.

RA:  Are there any additional organizations you’d like to uplift?

ZA:  Coalition for Educational Justice (CEJ)  mobilizes the power of parents and the community to affect policy change and create a more equitable educational system and the Urban Youth Collaborative (UYC) believes in the transformative power of youth organizing to shift structural systems and policy.

Read more about Zakiay’s important advocacy and The “Journey for Justice,” an emerging alliance of grassroots organizations from 18 cities across the United States representing  youth, parents, and inter-generational organizations who have been impacted by the closing, turnaround, and charter expansion of schools in communities of color in this piece by the New York Foundation.

”Zakiyah’s story calls me to imagine how different our world would be for children if, as she dreamed, we centered a real, honest conversation about the history of institutional and systemic racism coupled with classism.

Because she’s such a tireless advocate for public education, I also find myself imagining how different our world would be if every child had the same educational opportunities in the classroom.   Is this possible?  What would it take?

What sticks out to you from her interview?